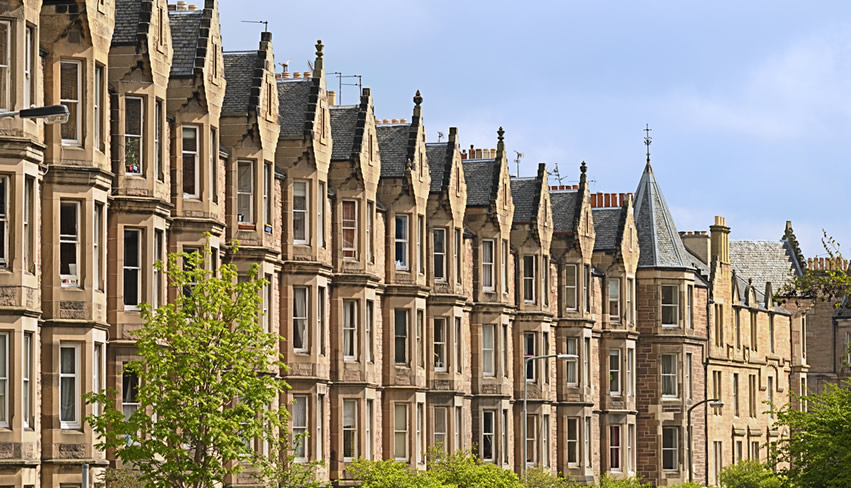 In the South West of the city of Edinburgh lies the refined and predominantly residential area of Morningside. With an eclectic collection of small traditional shops, schools, bakeries, restaurants, a library, a hospital – The Royal Edinburgh – and noted Edinburgh pubs as well as larger chain-store supermarkets such as Marks and Spencer and Waitrose, this area even boasts a family-run cinema, The Dominion, and the locally acclaimed Church Hill Theatre. In short, Morningside has much to offer both its residents and visitors. Running through the heart of the area itself is the long and winding Morningside Road – an ancient route from Edinburgh to the South West. Georgian tenement-style housing flanks this road on both sides however there are also many Victorian villas dotted throughout Morningside as well as other notable buildings of architectural interest.

On the boundary of neighbouring Bruntisfield and Morningside, at the crossroads where Morningside Road, Colinton Road and Chamberlain Road meet, lies Holy Corner, the nickname given to the area where four churches historically lined each corner.
Three of these churches remain to this day – Christ Church (the Scottish Episcopal Church), Morningside Baptist Church and Morningside United (The Church of Scotland and United Reform Church, which merged in the late 1980’s) The fourth church, Morningside North Parish Church became the Eric Liddell Centre in 1980, home to the Christian charity named after the famous Scottish athlete whose life was portrayed in the 1981 Oscar winning film “Chariots of Fire”. The area’s “holiness” has been further enhanced in recent years with the addition of an Iyengar Yoga Centre, a Christian Healing Centre and, until 2005, the Edinburgh base of the Western Buddhist Order resided in Morningside. A short distance from Holy Corner, on Morningside’s Church Hill, there is The Church Hill Theatre, which was originally Morningside Free Church and like Christ Church, was built by the Edinburgh architect Hippolyte Blanc (1844 – 1917), renowned for his buildings in the Gothic revival style.
Religion appears to be a running theme in Morningside as many of the street names have Biblical connections. Canaan Lane, Eden Lane, Nile Lane and Jordan Lane are but a few and also running under Morningside there is the similarly named waterway Jordan Burn.

The Morningside Clock is a celebrated landmark which originally stood in the middle of the road as the clock for Morningside Railway Station, opened in 1884 and closed to passengers in 1962. The line is used only for rail freight these days although diverted passenger trains can still occasionally pass through Morningside. Although the station itself has gone, its entrance remains and is now home to a branch of the Bank of Scotland. The family-run Dominion Cinema on Newbattle Terrace is a perfect example of “Streamline Moderne” art deco architecture. The site was bought in 1937 by Edinburgh businessman Captain W.M. Cameron and within 16 weeks the cinema was built. Now the Dominion with its mere 4 screens comfortably competes with large multiplexes due to the opulence of its interior and the stress given by the owners to patrons on the pleasure of the cinematic experience.

Culturally Morningside has always been a literary haven for writers of note. Famed Scottish authors Alexander McCall Smith and Ian Rankin live in the nearby Merchiston area as does Harry Potter creator J.K. Rowling. The author Dame Muriel Spark (1819 – 2006) also famously brought the area to life in her 1961 book “The Prime of Miss Jean Brodie”, by having the eponymous heroine reside in Morningside.

No description of Morningside would be complete without mention of the Morningside Road pub, The Canny Mans. An institution since Victorian days (1871) this is a pub that is filled with not only old world charm but a renowned collection of paraphernalia – old clocks, paintings, Chinese umbrellas, musical instruments and mannequins. With fine wines and hundreds of single malt whiskies to sample, The Canny Mans is one of Scotland most famous pubs and is a must when visiting the area.